Things Could Be Worse. I Could’ve Been Playing Cricket For Sri Lanka: Ravi 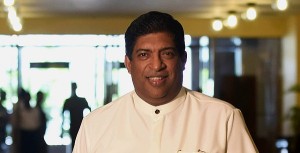 Having been caught out himself, former Foreign Minister Ravi Karunanayake said that despite being ostracized for possessing a faulty moral compass, he could have been suffering a worse fate had been playing cricket for Sri Lanka.

Speaking from his yacht, Mr Karunanayake said, “Although I was run out of office, I managed to score a rent free apartment which makes my tenure a good innings. I pushed the boundary of decency but never crossed the line. In the end all that happened to me was that I was pushed down the order and am now a back bench warmer. But at least my team are not performing as bad as the national cricket team. Imagine my fate if I was selected to represent the country?”

“These boys can’t last five days, where I remained an upright member of society for several months. It’s not so hard when you have the right team behind you, paying your bills and funding your lifestyle,” he added.

2017-08-14
Share
Previous I Had To Discede: Ravi. I Also Had To Discede But I Might Get A Chance To Be Perpetua: Marapana
Next News 1st Updates Tagline To ‘We Report, You Resign’ As Canagey Forced Out After MTV Goes Crying To President