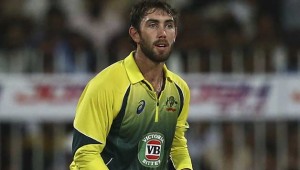 The General Secretary of the United Nations, Ban Ki-Moon, has condemned the actions of Australian cricketer Glen Maxwell, who single almost single-handedly brought Sri Lanka to its knees, saying that the country has already suffered tremendously over the last few decades.

Speaking at a Press Conference, Secretary Moon said, “Sri Lanka have been recovering from decades of violence and have been making steady progress in developing the country. However, when I heard that Maxwell massacred Sri Lanka I felt that I had to speak out about it. We always believed Australia to be a relatively peace-loving nation despite a political system that in its own way seems as farcical as Sri Lanka. I did not take that they would send a mercenary in the form of Maxwell to condemn the country.”

A spokesperson for the Joint Opposition said, “The present Government must take responsibility for letting someone undo all the good work we did when we defeated terrorism. The UN now want an investigation into this and we say that the SLC must conduct an investigation in order to protect former cricketers who served the country.”

Maxwell is reported to have not gone into hiding and is preparing another hiding against Sri Lanka tomorrow evening.