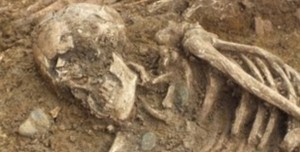 In a bid to deflect blame, PM Ranil Wickramasinghe has appointed a committee to look into the gazette notifications issued by the Balangoda Manavaya in respect of all Bond Auctions held 35,000 years ago to ascertain if there were any discrepancies.

The PM said, “We will protect my friend Arjuna Mahendra and not accept any responsibility for the bond scandal until such time we have explored and exhausted all other avenues of blaming someone else. As such we will start with the Balangoda Man. We have information to suggest that when he etched the gazette notice for the bond auction held in 2576 BC, he did not follow proper guidelines, which he had not come up with at that point.”

“There are also several other international bond scandals that need to be investigated, by our oversight committees. Only once those investigations are complete will we consider the charge that there was fraud at the Central Bank during Mr Mahendra’s tenure,” he added.