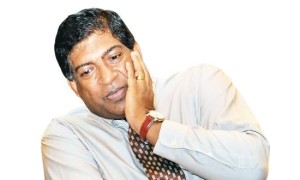 Speaking at a media briefing, the Minister of Finance said, “One of the biggest challenges facing the country in the government’s low level of tax revenue. So we have decided to spend some of that dwindling tax revenue from our reserves to ask people to pay their taxes. So far no one has, which is strange because the advertising and media agencies said people definitely would. They also said that if the campaign is not working I should spend even more taxpayer’s money so that more people ignore the adverts.”

“It’s important for people to realise that politicians aren’t going to pay their fair share of taxes so it is up to the public to fulfill their civic duty. Ministers will avoid paying any vehicle duty and even profit from it while enjoying a range of other tax-free benefits. Most of these are not available to the public. I could run a separate advertising campaign asking the ministers to pay their share of tax but that will also be ignored,” he added.

Meanwhile, the Government is looking at other ways to waste taxpayer’s money including by just being in government.