China In Advanced Talks To Sell Sri Lanka To The US 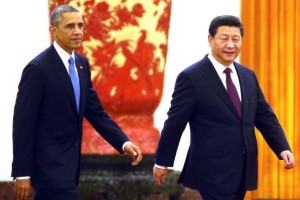 China, current majority shareholders of Sri Lanka, today issued a statement to the stock market (or whatever there is left of it) that they are in advanced conversations with USA Inc to sell the country after raising concerns that they are finding it very difficult to work with the new executive leadership team that was appointed on the 18th of August.

China said that they had a very strong relationship with the office of the former CEO, his staff and his family. On numerous occasions they were one and the same people which made it easier to remember names. They also indicated that they previously saw a country that they could control through a few people which made it an attractive reason to invest and send its prisoners to help build. China’s Head of Investments in Dictatorships said “We offered them considerable support to build roads, pavements, bridges and even a city which no one wants to go to. But the change in management does not suit us. Too much democracy.”

The US are the front runners to purchase Sri Lanka believing that there is significant potential to ruin the country further if they are willing to embrace America’s leading export – Forced Democracy. A spokesperson said “We are very interested in purchasing Sri Lanka. In addition to Democracy we are hoping to send over other aspects of the US that has seen us max out our credit card including Obesity, Gun Ownership and Donald Trump to make island much more attaractive.”

No word on the new US Ambassador to Sri Lanka although Michael Jordan is thought to be lined up.