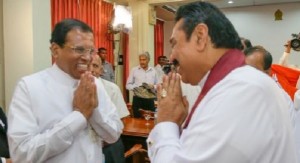 A number of people who have made a list of New Year resolutions have renamed them as ‘personal election pledges’ in order to remove the guilt of not eventually abiding by them, citing politicians as an example of this.

One person said, “Election manifestos are full of broken promises and undelivered assurances, and yet, the politicians who made them have not a semblance of guilt. So I have also decided to rename my list of 2018 to-dos, including going to the gym and drinking less, as my personal election manifesto. Then in 8 days time when I’ve had enough, I will not feel at all bad in having discontinued them.”

A local politician said, “As part of our training to become a barefaced public servant, we are trained to not feel any sense of shame or embarrassment when we break our new year resolutions. Years of this has meant that we feel no guilt when we transfer this practice into the political arena and make pledges we know we can’t keep.”

2018-01-01
Share
Previous Car That Goes From 200 km/h to 0 In 3 Seconds Due To Pot Holes And Erratic Trishaws, In Colombo
Next People To Vote For Cutouts Instead Of Actual Candidates At Local Election As They Are Less Corrupt