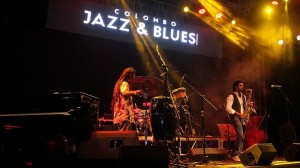 People living in poverty have been given the chance to feel what it is like to be upmarket just by listening to music after being allowed to experience jazz for the first time.

A group of people were exposed to the genre of music after upper-class folk, who wall gardened Jazz for decades, finally realised that not all their friends who claimed to enjoy jazz actually did and some just pretended to like it to impress their friends while going home and listening to Shaggy on repeat.

One poor person who listened to jazz for the first time said, “They give each member of the band is given a different piece of music to play and they perform together and they apparently call it jazz. Why can’t they all play the same song? And the songs are so long. Sometimes you think they have finished and then one person starts playing again and others are peer pressured into joining. Most times the bass guitarist has had enough but the drummer is the bully who keeps them going.”

“But jazz has its benefits – while listening to it I realised I automatically could tell the difference between 5 types of red wine and 3 styles of moustaches. I also wear a pocket square the whole time. Even when sleeping. It feel good despite having an overdraft of three million rupees”

* You don’t have to be posh to enjoy the Colombo Jazz and Blues Festival which takes place this weekend (18th and 19th February) at the Galle Face Hotel, featuring the outstanding Incognito. For more details and tickets visit the site – http://colombojazzfestival.com/