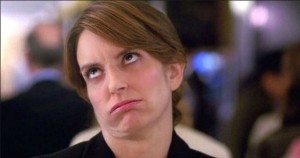 Despite a near full year of having disaster prone and Twitter trolling President Donald Trump in charge of the country, America lost the 2017 Eye Rolling Championship to Sri Lanka who overall tallied a high number of eye rolls during the year, resulting from the numerous daily political statements made by MPs and Bond Scam proceedings.

One Sri Lankan said, “A recent study concluded that Sri Lankans have the strongest eyes in the world as a result of the high frequency of eye rolls on daily basis. One entrepreneur has even setup an eye roll workout session, which involves watching Ravi Karunanayake and Mahinda Rajapakse making statements in turn. Mind you that is beginner level – for the level two classes you watch Sujeewa Senasinghe defend himself. Sujeewa himself attended the classes and nearly fainted as a result.”

A compulsively eye rolling American said, “It’s been one of the best years for eye-rolling in America, following a good eight years in which we had a rest after the Presidency of George Bush. Trump’s daily Twitter posts and his general faux pas whenever he meets foreign dignitaries have given us some great eye-rolling moments. But for the Sri Lankans to rank higher, they must have a complete bunch of nutters in Parliament.”

Collecting the trophy on behalf of Sri Lanka, the national Eye Rolling captain said, “I would like to thank the Bond Scam, specifically the statements made during the investigation, the rumours of petrol queues, on-going daily strikes, anything said in Parliament, Mahinda Rajapakse’s inability to let go of power and service at restaurants for helping us win this award.”

2017-11-23
Share
Previous Inflation Soars To ‘November Pay Is Only Going To Last 27 Hours’ Percent Admits Central Bank
Next Having Double Standards Is Much Better Than Having Just One Standard: SL Ministers