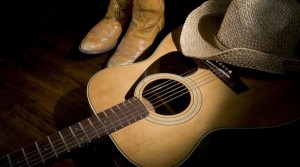 Speaking from the White House, the President said, “I have instructed Congress to look at all the ways we can minimise mass shootings without having to restrict access to guns, despite that being the obvious solution. A sub-committee formed to look at the options informed me that there were very few mass shootings in the Indian city of Sri Lanka. They said that this can be attributed to the lack of Country Music concerts.”

“I have told the FBI to temporarily suspend all Country Music concerts and get those musicians to learn to play Baila instead since no one has died dancing to hits like ‘Ojaye’, ‘Surangani’ and ‘Mee Wadayaki Jivithe’. Better than listening to Justin Bieber,” he added.

President Maithirpala Sirisena said, “Not just music, our politics is also Baila which so we the country parties non-stop 24/7.”