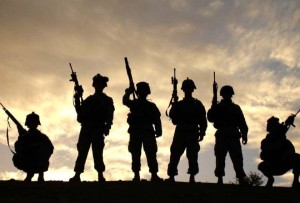 The Pentagon ordered a number of their military bases in South Asia to move to DEFCON 3 after satellite pictures surfaced showing that oil may have been discovered in the Kelani River, reputed to have emerged from a nearby Coke production factory.

A number of aircraft carriers in the region have been asked to dock at Hambanthota Port and dispatch planes to the nearby Mattala airport to help increase the number of flights that travel there. Soldiers have then been asked to travel up to the Kelani River and secure the area around the oil spill in what is being dubbed ‘Operation Give Us The Free Oil From The River’.

While Colombo’s water supply has been affected as a result of the recent spill, a number of people are making the most of the situation by experimenting filling up their vehicles straight from the tap while others have been stockpiling water to sell to Chinese.

2015-08-29
Share
Previous Ministry Of Sports To Be Split In To Ball and Non-Ball In Bid To Create New Portfolios
Next UNP outdo Mahinda’s Highway Programme; reduce travel time to North by 10 mins