We Can Prevent India From Scoring 600 Runs In Third Test By Not Staging It: Sri Lanka Cricket 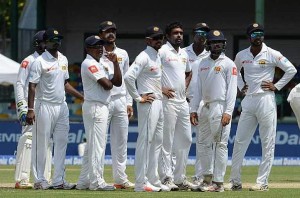 The Sri Lanka National Alcohol and Tobacco Authority have generously stepped forward to offer Sri Lanka Cricket a lifeline by shutting down the third test of the Royal Stag series so that Sri Lanka’s ailing cricket team can save a few ranking points.

According to the Chairman of the NATA it is against the law for alcohol products to be sponsors of any event, let alone a sporting event in this country. Speaking anonymously, a high-ranking official of the NATA said “All this time we thought this series was sponsored by Sunil Perera of the Gypsies, and they were advertising the one gig they play every year. But then we got to know Royal Stag was an Indian whisky. We tried it, but we didn’t like it. It was not like the Mendis Gold Label we had at Ravi K’s apartment recently.”
Sri Lanka Cricket are seriously considering the NATA’s overtures to shut down the Test series for being illegal. The SLC media manager said “We got Ravindra Jadeja suspended from the next match, but our boys don’t think even that will be enough. So now we are working on ways to get at least half the team suspended. But if the NATA ban comes through we will be very happy.”
2017-08-09
Share
Previous I Don’t Know My Family’s Rent Arrangements As I Run Foreign Affairs Not Domestic Affairs: Ravi
Next Mahinda Proposes Paying Ravi Karunanayake’s Rent In Order To Prolong The Distraction