145 Ministers Defeat Motion Against Ravi While 19,999,855 Sri Lankans Still Have No Faith 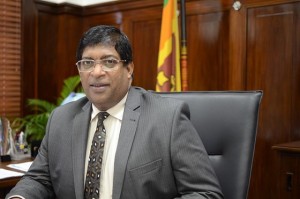 The motion of no-confidence raised in Parliament by the Joint Opposition with the support of the JVP was defeated by a majority vote of 145 against with 51 for, but it was still a minority considering that 19 million + other Sri Lankans still have no confidence in the abilities of the Finance Minister to oversee the economy.

The 145 Ministers claimed they were acting on behalf of the public when making their vote against the motion, but some people have labelled them as ‘Elected Misrepresentives’ after last afternoon’s motion.

However, there was no masking the jubilation of Ravi Karunanayake after the result of the vote was announced. Speaking to the media, the Minister of Finance said “The ministers who voted against the motion were only acting in their best interests. And high among their best interests is ensuring they get an exorbitantly priced luxury car, which I will duly approve.  It also shows that if there is only one thing I am good at it is political manoeuvring. And yes, that is only thing I am good at.”

A member of the public said, “This is the Minister who said that he will ensure the rupee appreciates to Rs 110 when so far it has headed in the opposite direction ever since his appointment. So even the exchange rate has no confidence in him.”

A further count revealed that one member of the public who also appears to be bumbling along and unfit for purpose has decided to place his confidence in him dropping the number of people who don’t have confidence in him to 19,999.844 this afternoon. The person wishes to remain an anonymous employee of the Central Bank.