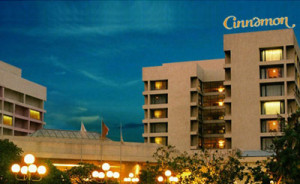 The management of one of Sri Lanka’s leading 5 star hotels today confirmed that they had taken a number of steps to ensure the issue of the suspect butter, that caused a high profile case of food poisoning, would be contained. Mainly in a tub.

The incident happened during a dinner to celebrate the Queen’s birthday (although, rudely, she didn’t turn up) and the butter in question was served as part of the one the country’s favourite squid dishes which has now been renamed on the hotel menu to Not Butter Cuttlefish. An attempt was made during the dinner to remove butter from other dishes and the renamed menu included Bread and Butter Pudding, Butternut Squash Salad and Hot Buttered Rolls.

Pressed for more information regarding the new safety procedures being adopted, the press officer said “There is nothing further to clarify and we won’t be churning out any more statements at this time”