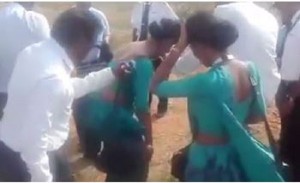 A group of Sri Lankan cabin crew members who used their initiative to circumvent traffic to board their plane by crawling through barbed wire have said that the experience was preferable to the chaos at the immigration counters in BIA.

The pilot, who led the group, said, “While some of us were left with some physical scars from the experience of navigating a back road, it is nothing like the mental anguish that one faces during the immigration process. Not just the queues but I’ve shared more personal details with the immigration officer than my wife. I thought Sri Lankans had less than six degrees of separation but after he could not find one, we spent chatting until he managed to find a mutual connection.”

One immigration officer said, “There people think that we are there to rubber stamp their passports. We also have to be inquisitive. It’s in out job description. And we have also been instructed to be friendly. Doesn’t matter if some people get a bit delayed to board their flight. They’ll just miss the safety announcement which  is quite boring anyway.”

(Kudos thought to the staff for using their initiative to solve a problem rather than the more common strategy employed in this country of staring at it and then creating drama around it.)