Dressing Our Male Candidates In A Wig And Ticking The Female Box Was Our Cunning Plan To Meet The LG Quota: SLPP 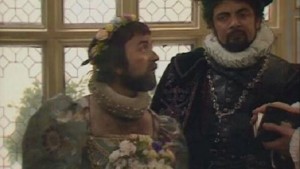 Inspired by one of Baldrick’s cunning plans, the Sri Lanka Podujana Peramuna said that the rejection of candidates based on their inability to tick correct gender box was actually part of a strategy to meet the election quota of female candidates by getting their male nominees to wear a wig and indicate the opposite gender when submitting their nomination forms.

A spokesperson for the party said, “We don’t have a lot of women in our party and that’s just biological. Just look at the former president’s children – all male. So there were very slim pickings and we can’t just get honest and hardworking women to represent our party in the local government level as those traits are not aligned with our values of spreading misinformation and disrupting the system just for political gain.”

One of the male nominees said, “I am a woman in a man’s body so once I am elected as a local government official, I will be conducting myself like a female by not taking bribes. Although that depends on the amount on offer.”