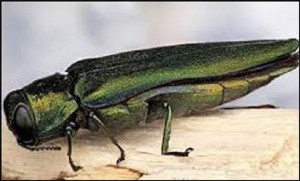 An official for Russian border control said, “While we import several varieties of tea, the only tea we export is the polonium radiation flavoured version which is served mainly to Putin’s detractors. We also understand that things have got so bad in some parts of Sri Lanka that people are trying to migrate to Russia. While we welcome people trying to enter through legitimate means, we do not welcome those trying to enter by hiding themselves in crates of tea.”

The beetle in question said, “This government has done nothing for Beetles since coming to power. They are only interested in providing assistance to majority interest groups, while minorities like us are sidelined. We have no representation in Parliament and all we are asking for is access to crops that we can feed on that were taken away from us by the military. After getting totally frustrated I attempted to escape to Russia where we have rights.”

2017-12-16
Share
Previous Dressing Our Male Candidates In A Wig And Ticking The Female Box Was Our Cunning Plan To Meet The LG Quota: SLPP
Next Guest List At Mass Wedding Held For 50 Chinese Couples Less Than Guest List At Single Lankan Wedding