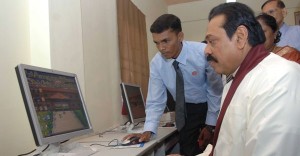 In a bid to reduce parents asking their kids ‘Putha, where is the send button? Is it this one which says Send?’, Google has announced plans to introduce all their software in the parent-friendly P Language mode.

“So we decided to introduce P language and it seems to have worked well. A number of parents have been sending messages to other parents with their kids in copy, in the belief that the message will not be deciphered by the kids as a result of the sophisticated P language encryption,” the spokesperson added.

2017-12-06
Share
Previous India Cricket Board Tells Sri Lanka Cricket ‘He Who Smelt It, Dealt It’
Next Major Christmas Fundraiser Underway To Help Sri Lankan Santas Put On Some Weight