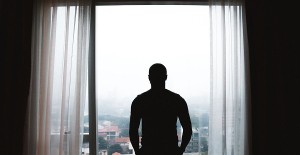 The Sri Lanka Meteorological Department has issued a Request for Proposals following the decision to upgrade their current ‘Look Through The Curtain’ v1.0 software proved to be faulty once again this week.

A spokesperson for the department said, “I know that some popular weather forecasting applications and websites warned of the storm that hit the country last night, but we have proof of looking out the window and everything was clear. We even double checked after the first reading, just half an hour later when I went to have a smoke and it was still clear. So it must be that faulty in the software and we believe it is in the section of the code where we think we know it all. For the moment we ask members of the public to take our warnings with a pinch of salt and then keep the salt and throw the warning away.”

“This is not the first time we have managed to incorrectly forecast a disaster. This also happened just before the current Government came into Parliament and we expected everything to be hunky dory, but obviously, things have not panned out that way. While the current storm is expected to pass, the current Government will linger on for a few more years and we are unable to estimate how much damage they will cause.”

2017-11-30
Share
Previous Department Of Prisons Release Two New Posters As Part Of Campaign To Counter Propaganda
Next India Cricket Board Tells Sri Lanka Cricket ‘He Who Smelt It, Dealt It’