‘Now That We Have Independence Do We Need To Keep Practising For It?': Everyone Stuck In Traffic 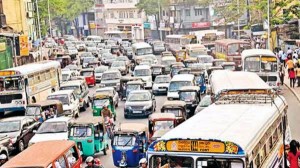 Everyone stuck in traffic across Colombo is pulling their hair trying to understand why sixty-nine years after Independence, the Government needs to rehearse for it by closing major roads in Colombo and inconveniencing everyone for a three-hour show that hardly anyone watches.

One aggrieved driver said, “My forefathers didn’t fight for me to be stuck in traffic for 3 hours. And now that we have Independence why do we need to practice for it so much? I mean we won. Do we have to win every year? Is that how Independence works? I got divorced and I don’t practice becoming independent every year. Maybe I should.”

“Why couldn’t they have the celebrations somewhere else like Hambanthota or Puttalam or even Mars? Maybe the government think that the one thing lacking in Colombo is traffic. Probably because they don’t encounter it as they whizz through in their entourage flouting several road rules,” he added.

2017-02-01
Share
Previous No Need To Ban People – Follow SL And Close Airport Runway To Control Immigration: Maithri To Trump
Next I’m Glad My Forefather Fought For Independence So I Would Be Stuck In Traffic For 3 Hours Says Driver