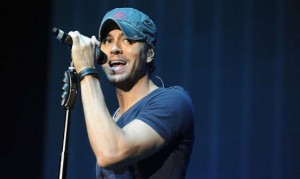 Latin superstar and latecomer, Enrique Iglesias, today apologised for not following local arcane customs and inviting a girl with without a matching horoscope on to the stage at a recent concert, which resulted in a number of people without lives complaining about it on social media.

The singer, whose hits include “I’m A Freak Who Likes People To Queue For 3+ Hours” and “I Can Be Your Hero Except If You Are The CMC And Demand Taxes Which Have Already Been Paid”, has apologised for his behaviour after hearing about the furore. Speaking to the press after the event he said, “I planned to invite someone who had a matching horoscope. I even responded to some adverts in the Sunday Papers and after several rejections found the perfect match once the girl’s parents and their astrologer confirmed that everything was aligned. Unfortunately, I got caught up in the heat of the moment on stage and invited someone else who I had a better connection with. But I should have known better that having an attraction and connection doesn’t mean anything when selecting a partner – job status and dowry is what it’s about.”

Several people took social media to complain about the singer’s behaviour. One jobless person said, “I was shocked when I saw that girl go on stage. He didn’t even ask her parents beforehand. I mean my cousin sister should have been up there. They have matching horoscopes and also she has a bigger dowry.” Another added, “He looked at my daughter but I think he may have been slightly put off by the fact that she was married before. But she is the innocent party. We found out the chap she was married to lied about being employed as a book-keeper only to discover he was a bloody librarian.”

2015-12-24
Share
Previous Hirunika Should Have Used A White Van For Youth Abduction Says Mervyn
Next For A Record 26th Consecutive Year George Michael’s Partner, Who Was Gifted The Singer’s Heart Yesterday, Is Set To Give It Away Today