We Have Produced A Generation Skilled At Creating Petrol Shortage Related Memes: Ranil 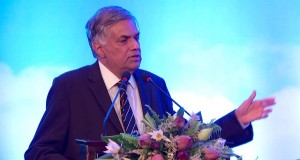 Speaking at an IT conference, Mr Wickramasinghe said, “While it was not an election pledge, the fact remains that everyone and their aachchi are now able to use a pirated version of Photoshop, or at worst, Microsoft Paint to create memes. This is a vital skill for the future economy when all our jobs will be done by a robot or the Chinese. Or a Chinese robot. But it is only because we created the desperate conditions for people to live in that this skill has emerged.”

“While the subject matter of the memes varies, a recent study concluded that 97% of them were created to mock the current Government and this is something we must take credit for by way of our incompetence. Of the 97%, 95% are memes about me. No other Prime Minister is able to claim to have facilitated so much unproductivity during their tenure,” he added.

2017-11-08
Share
Previous At This Rate, I Will Not Only Abolish The Presidency But Also The Entire Government: Maithri
Next Bicycle Lane To Be Added To Rajagiriya Flyover. Just In Case: Harsha De Silva