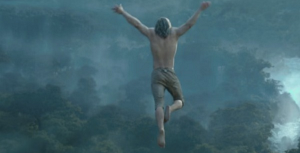 President Maithripala Sirisena today said that due to the lack of distinguished people to confer any of the current national honours to, a new honour ‘Weda Bari Tarzan’ will be added as an official title.

Speaking at an event to announce the new title, the President said, “Despite the efforts of the Presidential Secretariat to find suitable people, there were none to whom we could confer any of the current honours. Be it Sri Lankabhimany, Deshbandu to Sri Lanka Ramya there is a dearth of members of the public who have fulfilled the criteria to bestow these titles upon. So we had to figure out how we can continue to the Honours system and decided that we could add a new title with a lower barrier to entry, including all talk no action.”

“The ‘Weda Bari Tarzan’ title will be granted to those outstanding individuals who aren’t able to their jobs properly despite claiming to be able to. We expect a number of politicians, basses (handymen), members of the civil service and GMOA doctors to be on the list of nominees,” he added.

Ravi Karunanayake has been confirmed as the first recipient of the title.

2017-11-20
Share
Previous Wildfires Amazed At The Speed False Rumours Spread In Colombo, Fuelled By Gullibility
Next Sujeewa Says He Made Over 60 calls to Arjun Aloysius As They Spoke Only One Word At A Time