Welegedara selected to represent Australia at the Ashes 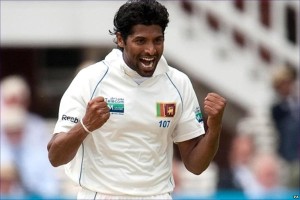 In a surprise move that has raised eyebrows in the cricket world, Sri Lanka pace bowler Chanaka Welagedara was last night drafted to the Australian Ashes team after retiring hurt from the Sri Lanka national side with a cold shoulder and announcing he would be migrating to Australia

Speaking on the phone, Welagedara said “Despite attending practice every day, the national selectors continually ignored me. I tried waving my hands to get their attention but they could not see beyond the better performers who were in front of me. I thought it best to migrate to Australia immediately as the boats take a long while to get there. But I was surprised when I got a call granting immediate citizenship and asking me to come to England to help the Aussies”

Australian head coach Darren Lehmann said “Despite the win at Lords, we have been struggling a bit in the current test match and needed an immediate solution. When the Australian Border Control called and they had Sri Lankan attempting to try a fast one, I asked for more details and decided to recruit him”

“We especially need help with sledging as the Pommies are no longer intimidated by us. A bit of Sinhalese phrases like ‘Thopi Achchita’ and ‘Madurnwanta Api Baya Ne’ will really knock them off their socks”