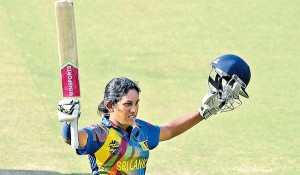 People who want to mock someone who lacks the skills to play cricket have been asked to refer to them as a ‘Thisara Perera’ instead of a girl, following an outstanding knock of 178 by the Sri Lankan ladies team batsman against Australia.

Having watched the innings, Thisara Perera said, “They told my weight was affecting my ability to make catches and to drop it. I thought they meant the catches. Anyway the only thing I can catch at the moment is a cold, but even that with greatest difficulty. Is that an all you can eat buffet?”

Thilanga Sumathipala said, “We have a ladies team? Who the hell approved that? I know that some of them want a good catch, which is why they are better than Thisara. But I will be looking into this after I place this bet.”

Chamari Athapatthu said, “What the hell is Board Of Control For Cricket and who is a Thilanga Sumathipala?”